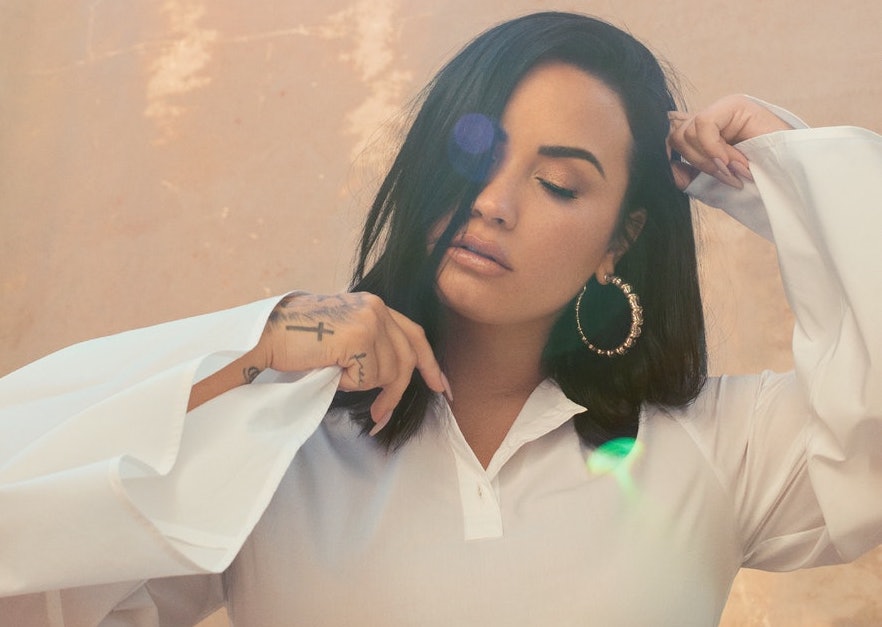 Sitting in a Selena Quintanilla shirt at a new rental home with boyfriend, Max Ehrich, Demi Lovato talked to Bustle about her journey to overcoming her struggles and pursuit of true authenticity.

Her story is well-told in an article perfectly titled, ‘Demi Lovato Saved Herself.’

In a whirlwind journey which finds her now managed by Scooter Braun and happy with her new team, Demi speaks her truth.

The actress and singer recalled her treatment in 2010 following her battle with an eating disorder.

“I came out of the experience with the choice of talking about my struggles or my journey with the possibility of helping people, or keeping my mouth shut and going back to Disney Channel. And I was like that doesn’t feel authentic to me. So I chose to tell my story.”

During that time, she recalled, “Even though I had a big singing voice, I didn’t have a big speaking voice for myself. I didn’t express my needs… And then after a while of your needs and your wants being ignored, you burst.”

So far in 2020, the 27-year-old has performed at the Grammys, sung the national anthem at the Super Bowl and starred in the June Netflix comedy Eurovision Song Contest.

Read More
Naomi Campbell is showing us her beauty routine — in just 10 minutes. Sharing her skincare products and…
Read More
0
0
0

Read More
Beyond her obvious talent, Lizzo is knowing for sharing a more spectacular gift with the world — the…
Read More
1
0
0