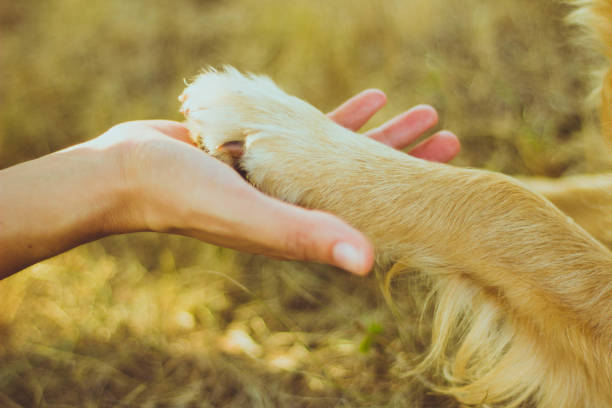 Distract Your Dog With This Food Item While Nail Clipping

Everyone loves life hacks, including the unconventional and risky ones. For hundreds of dog owners, clipping nails is a big chore (bless dog groomers) but with quarantine and government-sanctioned lockdowns, visits to the groomers are not possible. Well, it looks like the internet has been gifted a new hack for trimming dogs’ nails.

It started when a woman filmed herself on TikTok (@linds.shelton) wrapping her forehead with cling film and smearing it with peanut butter to distract her dog while clipping its nails. Interestingly, it worked.

Many dog parents have now filmed themselves attempting the life hack to see if it really works. It became a hit and went viral as the #peanutbutterchallenge .

Unfortunately, like a few good hacks, it resulted in a failure for some attempts. So, we can conclude that the hack does not have a 100% success rate.

The #peanutbutterchallenge has received some criticism with some people calling it unsafe but it might be worth a try for those brave enough.

Will you give it a go?