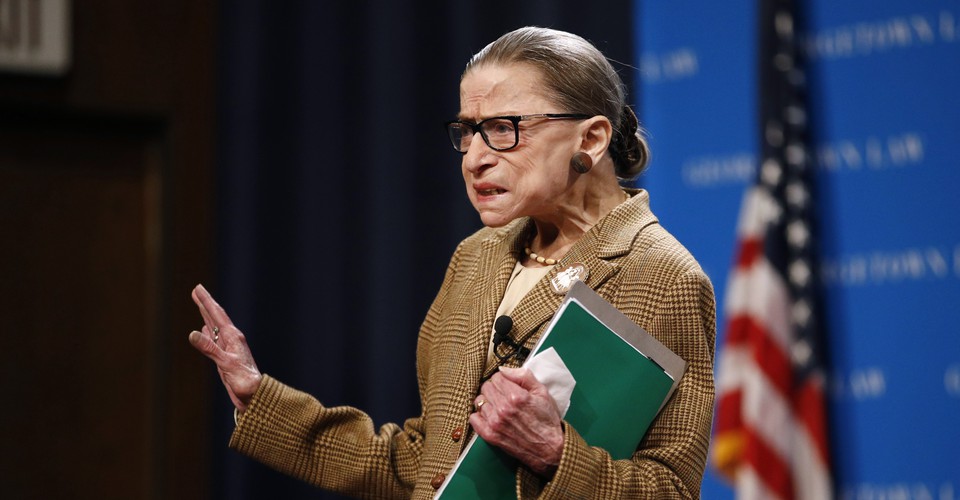 U.S. Supreme Court Associate Justice Ruth Bader Ginsburg acknowledges the crowd as she arrives to speak at a discussion on the 100th anniversary of the ratification of the 19th Amendment at Georgetown University Law Center in Washington, Monday, Feb. 10, 2020. (AP Photo/Patrick Semansky)
Share Share

Justice Ruth Bader Ginsburg shared in a statement on Friday that she is currently battling a recurrence of cancer and undergoing chemotherapy. However, she added that she would remain a member of the Court.

The announcement is coming after news surfaced on Tuesday that she was admitted to The Johns Hopkins Hospital in Baltimore, Maryland for treatment of a possible infection.

The Justice, who was appointed by Bill Clinton in 1993, has previously fought battles against cancer. The 87-year-old jurist went through radiation therapy for pancreatic cancer in 2019 and had some malignant tumors taken out of a lung in 2018. Earlier in 1999, she also overcame colon cancer.

Reporters informed President Trump of her hospitalisation to which he responded, “I wish her the best. I hope she’s better. I didn’t hear that, actually. She was just hospitalized? No, that’s too bad,” he said in the White House Rose Garden. “No, I wish her the best. She’s actually giving me some good rulings.”

In today’s statement, she shared, “On May 19, I began a course of chemotherapy (gemcitabine) to treat a recurrence of cancer. A periodic scan in February followed by a biopsy revealed lesions on my liver. My recent hospitalizations to remove gall stones and treat an infection were unrelated to this recurrence.”

“Immunotherapy first essayed proved unsuccessful. The chemotherapy course, however, is yielding positive results. Satisfied that my treatment course is now clear, I am providing this information.”

“My most recent scan on July 7 indicated significant reduction of the liver lesions and no new disease. I am tolerating chemotherapy well and am encouraged by the success of my current treatment. I will continue bi-weekly chemotherapy to keep my cancer at bay, and am able to maintain an active daily routine. Throughout, I have kept up with opinion writing and all other Court work.”

Finally, she said, “I have often said I would remain a member of the Court as long as I can do the job full steam. I remain fully able to do that.”

Wishing the Justice a successful treatment and full recovery!

The Michelle Obama Podcast is Launching on Spotify July 29th