Mahsa Amini was a 22-year-old Iranian woman who died while in custody in Tehran. She was apprehended by their morality police force – for wearing her hijab too loosely. She was taken to a detention center in a patrol vehicle. When she arrived, she was reportedly given morality code training. It included instruction on how to wear a hijab correctly and in line with the strict rules of the country. While there, the Iranian officials accounted that she collapsed from a heart attack, and fell into a coma. That was on September 13. Three days later, on September 16, Mahsa Amini died.

Young Woman Pleads To Be Heard

Her father was not permitted to see his daughter’s body, but saw that her foot was bruised. He concluded that their account was false. He backed his claim with witnesses who saw the morality officers brutally beat his daughter in the patrol car. AP later confirmed this, with a report saying Amini died from blunt force trauma to the head, causing a fatal skull fracture.

After her funeral, on September 17, protests erupted. First in her home region, and then across the country in over 80 cities, boiling over in Tehran, Iran’s capital, where the events occurred. Iranian women united together in protest. Their outrage and anger drove many to take to social media, uploading their firsthand accounts of everything going on in Iran, urging people to share their stories. The hashtags #MahsaAmini and #Mahsa_Amini garnered hundreds of thousands of posts, ensuring that the movement would gain media attention.

One Young Woman Cuts Her Hair In Solidarity

These protests spurred Iranian women to make very public demonstrations of their fury, frustration, and sadness over the tragic events surrounding Amini’s death. Women can be seen cutting their hair and burning hijabs in the streets, and on social media. In a time where women’s rights are front and center in the Western world, Iranian women hope and pray that these same women will join in their movement against their strict laws and living conditions. Many of those in power have been accused of designing these rules to silence women and keep them from rising up against the conservative regimes.

Another Young Woman Cuts Her Hair In Solidarity 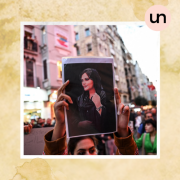 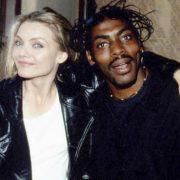